Drill Baby Drill – But for the Right Reasons 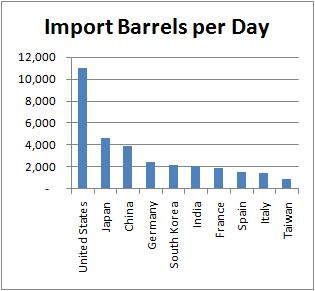 When I hear conservatives argue that we should not be dependent upon foreign oil, I cringe. The argument smacks of simple protectionism. The same argument could be made for our food source. After all, what is more important than feeding the people.

And the real funny thing is that it is not even true. Not even close. See the first chart which says who imports more foreign oil? The US is by far the worst offender by this standard. But, if you look at dependency as imports vs. total consumption, the US is must less dependent than most of Europe. And Japan is a cou 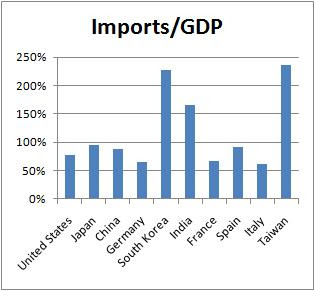 ntry more than one-third the size of US that doesn't produce any oil. Not a drop; there is no hand-wringing about its so called dependence.

After all, it doesn’t matter how much oil we consume, it is what we do with it that matters. And by that measure, we are anything but dependent. The US imports vs. GDP we are less dependent than China, India, Japan and similar to the other OECD countries.

The US should not drill for energy independence. It should allow the oil companies to drill and they will drill only if it makes economic sense.

The real problem with the green jobs stimulus, is that it looks at the benefits, but fails to look for unforeseen consequences. For every job created in a wind turbine engine factory, there may be another job lost in an oil company. For every dollar spent on subsidized green power, we could have spent that dollar on dirty oil power, and kept the subsidy. Hmm...