Around the Globe: Big brother and your medical information 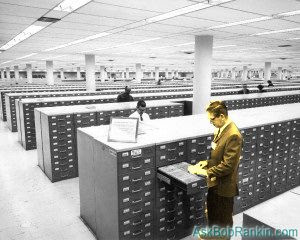 Little did we know that while everyone fought against the travesty of the health care bill, a very important part of the socialization of health care took place out in the open with both Democrat and Republican support.  The tea party movement was for the most part silent.  There was $36 Billion dollars allocated to getting our medical records online in the stimulus bill.  There was very little if any concern expressed.

Having medical records online and electronically available to doctors is a good idea.  It is a bad idea when the government wants to get involved.  As we explained yesterday, there is an easy solution to this which would cost only about 11 billion and would protect everyone's privacy and create lots of efficiencies (See http://bit.ly/bJ45KJ). But this is not only about efficiency and and effective emergency care.

It's mostly about control.  After all, when you are in the business of rationing care, you better have a good idea on everyone's health history.

So I have compiled a few countries where they have socialized medicine and they are all working to get online medical records.  It'll save overhead costs, after all, when you have to decide who gets care and how, the more information you have the better.

From the UK (See http://bit.ly/blRvA1) where they are starting with the basics, but it has been admitted that additional information will be added over time:


Summary Care Records are central to the NHS computer upgrade in England, which is the biggest healthcare IT programme in the world.

The basic record includes information on allergies, medication and adverse reactions. Further details may be added over time.

From Germany where the government has access to entire patients health history (See http://bit.ly/c1z3Dq):

As well as containing patient data and insurance details, the smartcard can hold electronic prescriptions and, more controversially, be used to access a patient’s health history online.


Start a discussion with Kevin Leonard, a University of Toronto professor who has been researching electronic health records for more than a decade, and his own frustrations come gushing out.

...if he wants to view electronically his entire record, his most recent blood tests, his latest MRI, he can't see them. … They [the hospital staff] say I don't have authority to access my electronic file."

And you wonder why this is a big deal?
Canada Germany Obamacare online medical records United Kingdom