By EconomyPolitics - April 20, 2010
That volcano really lets me know how inconsequential man is.  Be a believer in God or Evolution, we can't help but think that what we are doing is very inconsequential.  Al Gore be damned, if a lesser minor volcano can disrupt the lives of the entire planet, then maybe we aren't the bomb after all.

To highlight my point of the inconsequential existence of people, I stuck some of the pictures of all the grounded passengers and flights and combined them with some of the coolest pictures of volcanoes which were posted at Left Coast Rebel: 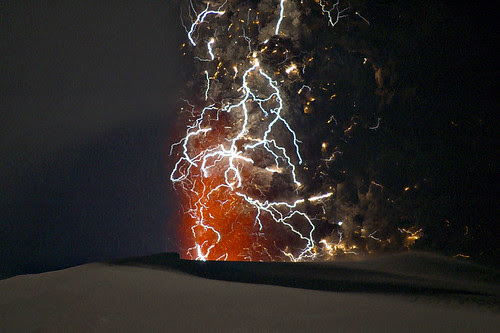 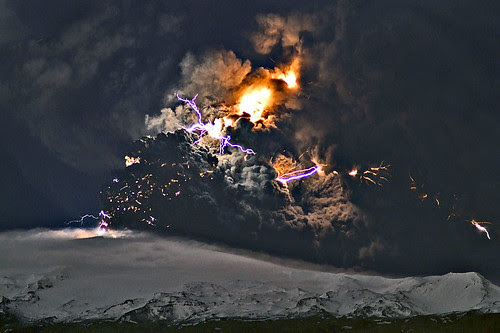 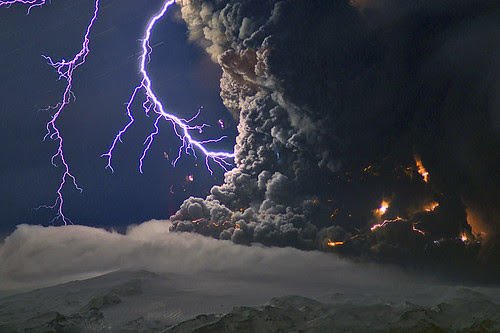 Enough of that, Eyjafjallajökull appears to have turned a corner.  The ash phase may be on the wane.  That's good news for travelers.  Via Globe and Mail:


Monday, it appeared to enter a new phase of its eruption, with its plume of ash diminishing, and observers noting the first signs of lava flow in recent weeks.

“The eruption has diminished markedly,” Bryndis Brandsdottir, of the University of Iceland, told the AFP. “The ash column does not rise above 3,000 metres,” or less than half its original height, she added.