Malmgren: This is not a Greek tragedy, but a Western European and American problem

By EconomyPolitics - April 30, 2010
Pippa Malmgren, former US presidential advisor on national debt for GWB, who now works for Principalis Asset Management.  She is turning sour on the current situation in the United States and Western Europe. Some nuggets of wisdom:

The bailouts took the holes on personal and banks and placed them on the public balance sheet.  We still have to pay that debt, but the pain will no longer be felt by the investors of these companies, but the US taxpayers.

Western Governments have chosen the path of inflation as a means of reducing debt.  They have devalued cash by printing more money, and bonds by issuing more debt.  As that reduces the value of that debt, money will shift into hard assets.


This is not a Greek problem.  This is a Western European, American and Japanese problem.  Greece is the first country that has had a run on its debt.  The capacity of gov't to manage this process is what is in question.
This was due to three factors,
1)  The debt load was very high
2)  The GDP growth is very weak
2)  The willingness to deal with it is low


In Latvia, they had a similar problem as Greece did. With high debt levels.  But when that happened, the government cut government salaries by 20%.  Everyone went home and had a drink and went to bed.  In Greece, they prospect of cutting any expenditures sent people into the streets.  It takes tear gas to reduce expenditures in Greece.

It will also bring more M&A activity.  But the skill needed in private equity will not be financial wizardry.  The focus will be extracting value out of the business.  Owner operators will be in high demand for private equity companies going forward. 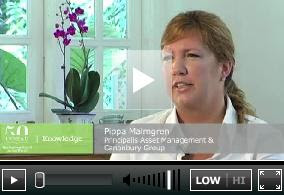