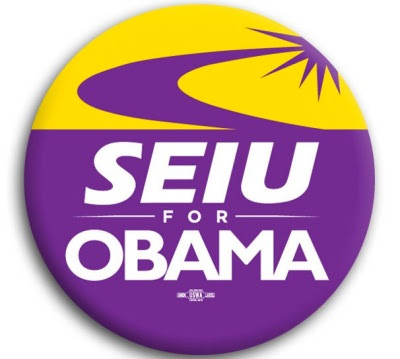 We all knew that Obama was very pro union. Now we are finding out that he is shutting out companies that are not unioninzed from bidding on contracts over $25MM.  That means non-Union companies are not invited to come.  This was done by Federal decree, or in other words, the will of President Obama.


The federal rule, which went live yesterday, implements an executive order President Obama signed within weeks of taking office. It encourages federal agencies to require "project labor agreements" for all construction projects larger than $25 million. This means that only contractors that agree to union representation are eligible for work financed by the U.S. taxpayer.

Only 15% of the nation's construction workers are unionized, so from now on the other 85% will have to forgo federal work for having exercised their right to not join a union.

Is it just me or does it seem like this is cronyism, rewarding supporters and shutting out non-union shops? Unions contributed greatly to Obama's success and he seems to be rewarding them.  The head of the SEIU was the most frequent visitor to the Obama White House and personally sent him a ton of campaign cash via NY Post:


(SEIU) head Andy Stern, the most frequent nongovernment visitor to the Obama White House, has boasted that his union steered $60 million to Democrats in the 2008 cycle. The total union contribution to Democrats has been estimated at $400 million.

In effect, a big portion of the stimulus package can be regarded as taxpayer funding of the Democratic Party. Needless to say, no Republicans need apply.