Argentina suffers from Hyperinflation of almost 30% 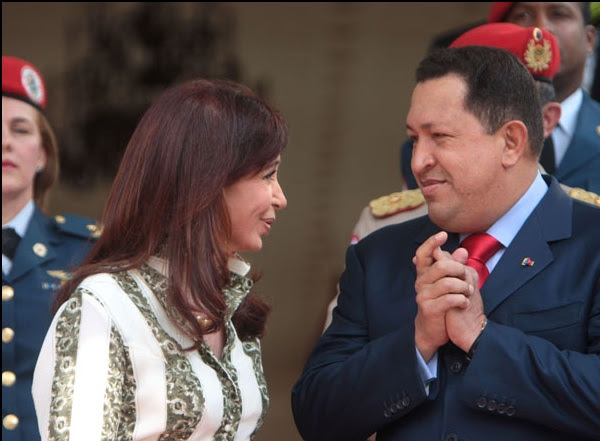 Inflation in Cristina's Argentina is more than double the official rate of 10.7% per year.  That would put Argentina with their Venezuelan counterpart as the highest inflation zones in the world.  Hyperinflation destroys a country's economy as no one invests and paper assets leave the country en masse, via Bloomberg:


Argentine labor leaders are demanding the biggest wage increases in more than 15 years to compensate for inflation they say is running at more than three times the official rate of 10.7 percent a year.
In the past month, sugar-cane harvesters won a 43 percent pay rise, cafeteria employees 35 percent and janitors 28 percent. Union leader Osvaldo Iadarola, who represents 20,000 telephone workers at companies including Telecom Argentina SA, said he is seeking a 35 percent increase, along with the right to ask for more in six months if prices continue to rise.

Inflation will accelerate to 26 percent this year from 15.3 percent in 2009, according to Buenos Aires-based research company Ecolatina, which tracks prices for about 500 goods and services. According to official figures, prices rose 7.7 percent last year and 10.7 percent in the 12 months to the end of May.

Argentines expect prices to rise 25 percent over the next 12 months, according to the median estimate in a monthly survey by Buenos Aires-based Torcuato Di Tella University.

The poll of 1,205 people was conducted by Poliarquia Consultores from June 1 to June 10 and has a margin of error of 3.5 percentage points.

Among the biggest wage demands is the 48 percent increase sought by grain and soybean quality inspectors that would take their monthly salary to 6,000 pesos ($1,529), said union leader Pablo Palacio.