By EconomyPolitics - June 25, 2010
Witness the complete lockdown in Toronto.  There are cages and police and dogs everywhere and in large numbers.  I'll add my own pictures to the mix.  Needless to say, the city is shut down.  The main entrance points into the downtown core have been closed.  Many schools are closed.  Those that are open have not bus service.  If you are driving a car, expect to not get anywhere.  You might as well take a public holiday.

Shots were fired into the air in the lockdown zone.  Apparently it is unrelated to the G20.  Oh that's a good propaganda piece, via CBC:


“It’s not an uncommon occurrence in Toronto any more to get reports of shots fired on any given day or night. We often respond into the entertainment district. … This is realistically no different,” he said. “There’s nothing that indicates this is G20-related.”

Police arrested another man for weapons but it is unrelated to the G20 summit.  It was somewhat comical listening to the response of the guy.  It shows you how paranoid the police are and how wierd this guy was who they arrested, via  CBC:

A man who drove into downtown Toronto with implements including a chainsaw, gas cans and a crossbow in his car is not connected with the G20 summit, police say.

But a spokesperson with the Integrated Security Unit said the Whitby man, 53, has been charged with weapons dangerous. The spokesperson would not say whether the charge was related to the crossbow.

Toronto police Chief Bill Blair stressed that it is not illegal to possess any of the items found in the car.

"The law is the law — it hasn't changed under these circumstances," he said, referring to heightened security around the G20 summit.

"But quite clearly if an individual comes down into the area … and is carrying things that could be used as a weapon, that matter's going to be investigated by the police, and those items can be removed from that individual in the interests of maintaining a safe environment for everybody."

Blair warned others about bringing "anything that could be used as a weapon or might be construed as a weapon" into the area.

"It will undoubtedly draw the attention of the authorities," Blair said. "If you don't want that attention, don't bring weapons into the area." 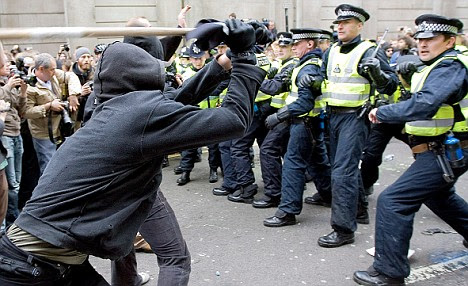 Parent Central: Public and private schools near the lockdown zone are being shut down during the summit

Toronto Star: Traffic patterns in the core are a mess. The York, Yonge and Bay ramps to the Gardiner Expressway have been shut down and will remain closed until Sunday.
g20 lockdown toronto