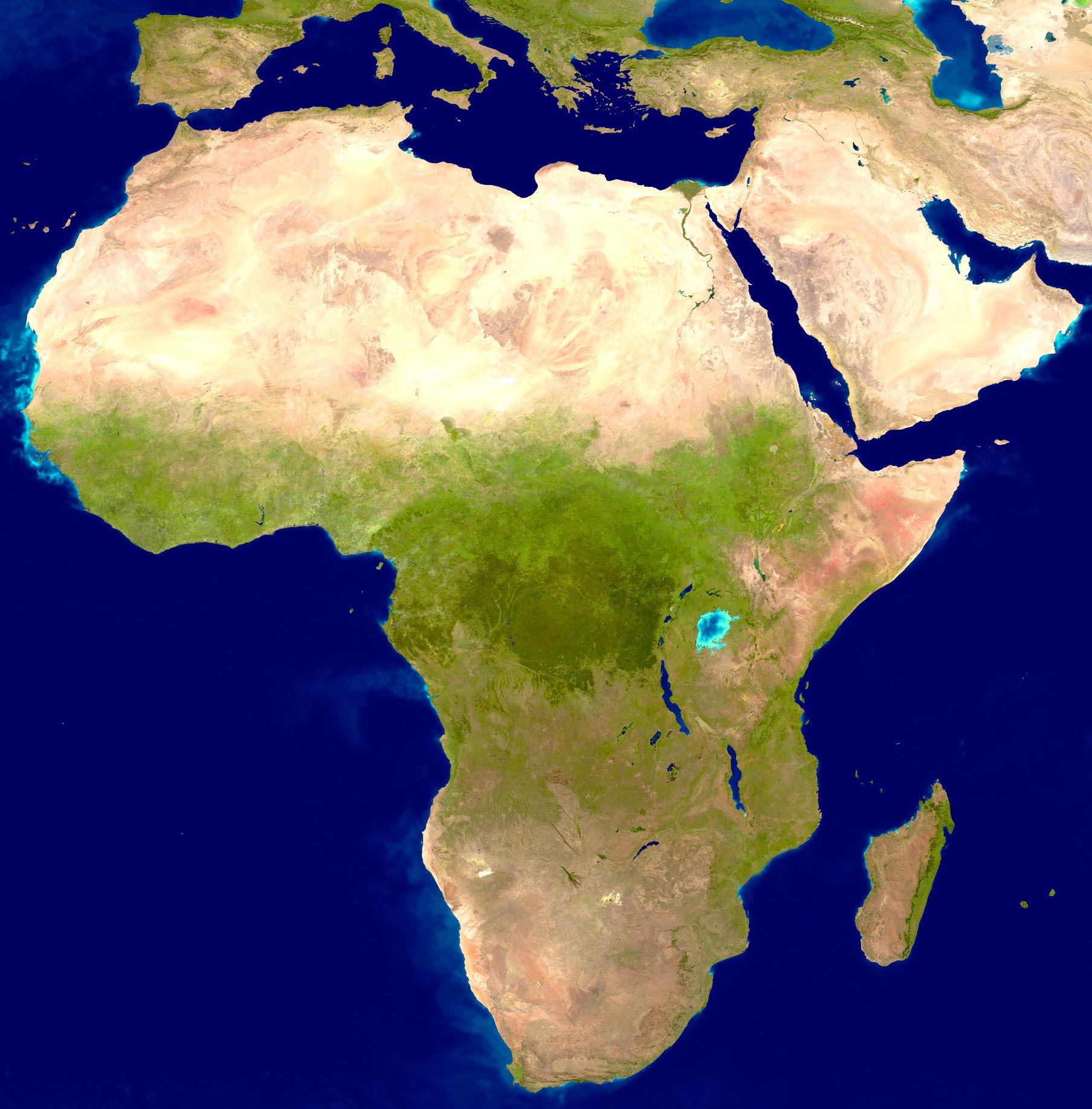 McKinsey has published a research article which is based on a simple understanding of demographics.  We published our own research on the promise of Africa months ago at EconomyPolitics months ago in our Finding Growth Series: Fastest Growth Rates.

The rate of return on foreign investment is higher in Africa than in any other developing region. Global executives and investors must pay heed.  The potential for growth is higher than even that of China or Brazil.  There are two main reasons for this growth potential.

Second, the region is incredibly poor.  While this should not be seen as a virtue, it can be seen as an opportunity.  There is a catching up growth premium as countries adopt new technologies from scratch and catch up to the developed world.  This doesn't happen overnight, but takes a generation of solid economic stability to be able to lift up a developing region from poverty to prosperity.  As long as these countries maintain a decent level of economic freedom, they should show abnormal growth over the course of the next generation.

McKinsey echoes our analysis on why the region is growing and why it will continue to grow at abnormal rates:


The key reasons behind this growth surge included government action to end armed conflicts, improve macroeconomic conditions, and undertake microeconomic reforms to create a better business climate. To start, several African countries halted their deadly hostilities, creating the political stability necessary to restart economic growth. Next, Africa’s economies grew healthier as governments reduced the average inflation rate from 22 percent in the 1990s to 8 percent after 2000. They trimmed their foreign debt by one-quarter and shrunk their budget deficits by two-thirds.

Finally, African governments increasingly adopted policies to energize markets. They privatized state-owned enterprises, increased the openness of trade, lowered corporate taxes, strengthened regulatory and legal systems, and provided critical physical and social infrastructure. Nigeria privatized more than 116 enterprises between 1999 and 2006, for example, and Morocco and Egypt struck free-trade agreements with major export partners. Although the policies of many governments have a long way to go, these important first steps enabled a private business sector to emerge.

There are some that say that their recent growth has been primarily because of commodities.  While commodities have played an important part, they are just 32% of the increase in GDP.  The other two thirds come from transportation, telecommunications, and manufacturing (Exhibit 1). Economic growth accelerated across the continent, in 27 of its 30 largest economies. Indeed, countries with and without significant resource exports had similar GDP growth rates.

With growth rates of up to 6% and a relatively young population, of one thing we can be certain, growth will continue to provide dividends.  Investors looking to capture need to look first at the countries that have made the most progress like Uganda, Kenya  and Rwanda, which have taken a region long inflicted by war and substandard human conditions and have ended the wars and are in the process of making transitions to allow the country to flourish.

The country is growing and it is in the process of urbanization, which should also pay dividends. 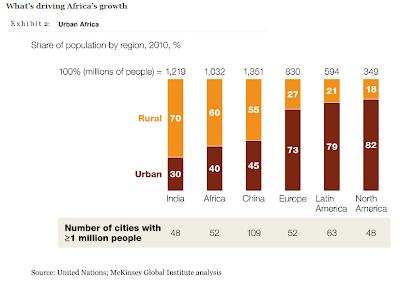 One thing is certain, if you wait until the growth is certain, it will be too late.
Africa GDP Growth Madagascar Mauritius South Africa