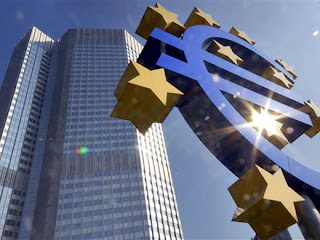 The results of the stress tests of 91 European banks covering roughly two-thirds of European bank assets were released today.  Of the 91 banks tested, 7 banks had capital shortfalls versus a threshold of a 6% Tier 1 capital ratio totaling €3.5 billion across the 7 banks under the adverse scenario.  In total, under the adverse scenario, the 91 banks would suffer "aggregate impairment and trading losses" of €565.9 billion.  This would result in a decline in Tier 1 capital for the institutions from 10.3% in 2009 to 9.2% by the end of 2011.  Although we would have preferred the tests to have examined a more stringent definition of capital (such as Tier 1 core capital), we think the results of the tests will go some way to reassuring market participants about the general soundness of the European banking system.

Notes on the Tests

The tests were carried out under two scenarios: a benchmark scenario and an adverse scenario:

Capital shortfalls were measured relative to a benchmark of 6% Tier 1 capital (the 91 banks had a Tier 1 ratio of 10.3% at the end of last year).  Both the trading books, the loan books, and the off balance sheet positions were subject to the stress tests (contrary to some rumors that only the trading books had been stress tested).  The 6% ratio is arbitrary but is above the regulatory minimum capital standard of 4%.

Notes on the Results

It is important to note that 34 of the 91 banks tested have already received capital injections from governments totaling €169.6 billion and 20 banks have benefited from asset guarantees.  This capital amounts to 1.2 percentage points of the 10.3% Tier 1 capital ratio reported at the end of 2009.  How do the banks make it through the adverse scenario and end, in aggregate with a 9.2% Tier 1 capital ratio?  The following table summarizes the results:


It can be seen that the bulk of the losses of comes from impairments on banks assets but this amount is offset over the two-year test horizon by income that the examiners expect that the banks would earn (before impairments).