Ford and GM say auto makers should operate without any debt 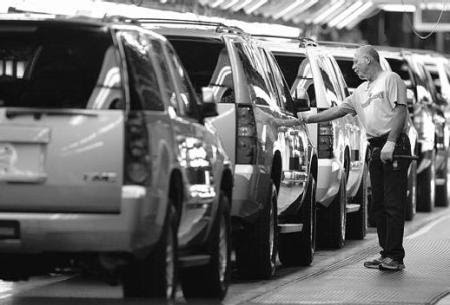 A lot of poeple will point to this as proof positive that the US should have bailed out the car companies.  I see their profitability as irrelevant.  It goes back to who gets the benefits of the improved markets and who is your sugar daddy.  If you ultimately have the government as your sugar daddy, that is who you are going to be pleasing.  I would much rather have seen the shareholders wiped out and the bond holders to be holding the absolute equity position as they should have done, instead of allowing the government the opportunity to politicize the bankruptcy process.

Anyhow, I relish at good news from the industry.  GM is now recommended that car companies should operate without any debt, via Moodys:

At an analyst conference last Tuesday, General Motors (unrated) said that because of the extreme volatility in US automotive demand, it should ideally operate without any material financial leverage. The next day, Ford Motor Co. (B1 stable) announced its plans to repay $4 billion in debt.

GM has $8 billion in funded debt. In GM’s view, industry cyclicality and its own operating fundaments indicate that its optimal level of debt would essentially be zero. In addition, GM emphasized that it must manage itself to maintain a breakeven level that is consistent with the bottom of the cycle. As a result of the bankruptcy-assisted restructuring process and its new United Auto Workers contract, it currently has a bottom-of-the-cycle breakeven level. The first-quarter performance of GM’s North American operations was well above the breakeven level, with the US industry running at a 10.9 million units per year.

Meanwhile, Ford’s $4 billion repayment, along with the April repayment of $3 billion on its bank revolver, will reduce its funded debt by $7 billion to $27 billion. Ford’s accelerated debt repayment reflects its increasing confidence in its ability to generate higher levels of free cash flow in North America. This confidence is driven largely by the recovery in US demand and its own much lower breakeven level.

As demand in the US auto market recovers through 2011, free-cash-flow generation should expand and the proceeds will be used to reduce debt. In the case of GM, we expect that payments will go not only toward its relatively modest funded debt position, but also toward its much larger unfunded pension liability, which is $27 billion. (By comparison, Ford has a much smaller unfunded liability of $12 billion.)

Both Ford and GM have publicly stated their objectives of achieving solid investment-grade credit profiles. Reaching this goal will require strong balance sheets, healthy liquidity positions, and further successful execution of their respective operating plans. The significantly lower North American breakeven levels resulting from the 2009 UAW agreements will be critical in achieving these plans.

For Ford, we estimate that the company’s North American annual breakeven position has declined by about 40%. This improvement is significant, and it underpins the company’s potential to generate the free cash flow that might fund further debt reductions.