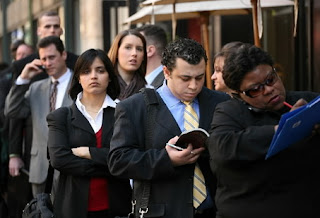 Unemployment claims are highly volatile (especially around the distortions caused by the summer shutdowns in early July), which makes it difficult to extract the economic signal from the noise. The rise in initial claims, if sustained, would be a worrying sign for the recovery (although a pickup in layoffs has not been signaled by Challenger layoff announcements, which have been at levels normally consistent with solid expansion). The four-week average of claims, at 458,500, is in the range that has held since March (a level that we had previously judged to be too high to signal sustained job creation, but we have seen private payroll gains averaging 100,000 per year in the first six months of 2010). With ISM employment improving for both manufacturing and nonmanufacturing and with layoff announcements low, we are not going to overreact to this jobless claims report (but we would be concerned if we saw two or three more reports in August suggesting that the rise in claims at the end of July has been sustained). We continue to look for private payrolls to have increased by 100,000 in July (total payrolls down 50,000, however, on a decline in Census workers).

What is clear is that the official unemployment rate is a poor measurement of how many people are not gainfully employed.  That remains unchanged.