In an operation called Sodoma, the Colombian army has killed Mono Jojoy, who was seen as a symbol of terror to those whom he held captive.  The operations started two nights ago from the army base of Larandia of Caquetá state in southern Colombia.

Jojoy, whose real name is Víctor Julio Suárez Rojas, had served for 34 years in the Farc, and was forcibly recruited into the Farc while in his childhood. He was the first chair in the Secretariat of the Farc and next in line for the leadership.  He was known for his iron first, authoritarian personality and willingness to punish the guerrillas under his command when they lacked discipline or questioned the communist ideology.

The Interpol wanted him for multiple crimes against humanity, terrorism, kidnapping, conspiracy to murder amongst other things. He was wanted in the US for drug trafficing, terrorism and murder.

Larandia Military Base is significant because that is one of the bases where the US has sent military advisors. Could it be that the US Military advisors had a hand in the operacion? It seems likely to me. 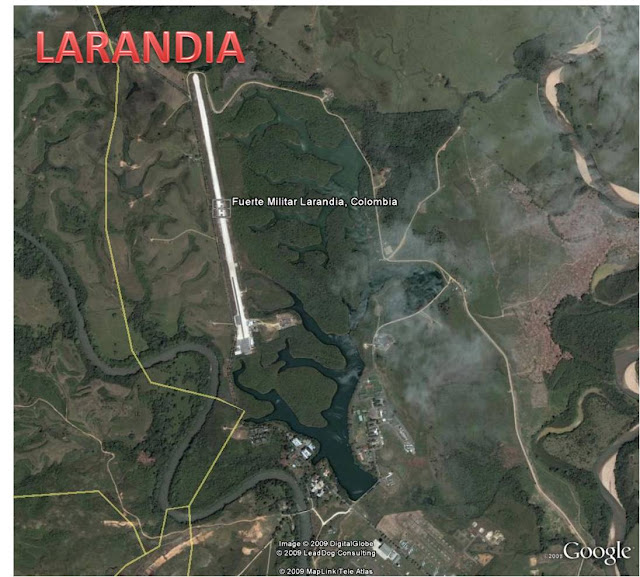 Involved in the operation were over 30 planes and helicopters as well as 500 Colombian troops.  The first attack came as they dropped bombs over the guerillas' camp in a place knows as La Escalera (The Staircase).  There were about 80 farc members in the camp and 30 that were in the direct vicinity of Jojoy.  Another high profile target killed was 'Mauricio the Medic', one of the members of the Farc Secretariat.

There were an additional 20 - 30 low level guerrillas killed.

The newly elected President Santos says that this operation is his "Hello", and that the death of Jojoy is an even bigger strike against the Farc than the death of Raul Reyes.