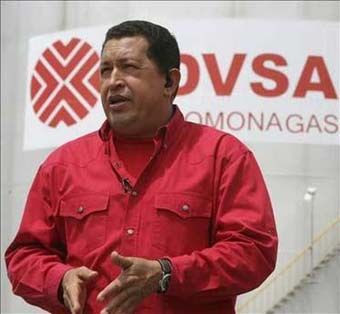 Venezuela just announces that its the new number one.  They officially have the highest oil reserves, but it has very heavy crude which requires more technology to pump and refine its crude than does Saudi Arabia, which basically puts a soda straw into the sand.  Via Ahram Online:

Oil Reserves to cover 200 years ahead, chears Chavez.Venezuela has overtaken Saudi Arabia as the world leader in oil reserves with certified deposits leaping to 297 billion barrels at the end of 2010, President Hugo Chavez's government said Saturday.

"We have enough for 200 years," the former soldier said in a speech in which he denied he was a dictator, complained that he was being unfairly "demonized" and offered to give up much-critisized decree power a year ahead of schedule.