18% of Europeans live in overcrowded conditions; 4% of live in homes with no flushing toilet

By EconomyPolitics - February 23, 2011
When I was in college,  I lived in the dorms where I shared a single room with my roommate.  Those are technically considered overcrowded per the EU.

The most disturbing is that 4% have no indoor flushing toilet.  I would not be suprised if the Roma  and immigrants made up a significant percent of the poor in this survey.  However, many of those are probably undercounted.  Via Eurostat:


In the EU27, housing conditions differ considerably between Member States. These differences can be seen both in the type of housing in which people live and in the housing problems they encounter. On average in the EU27 in 2009, 42% of the population lived in a flat, 34% in a detached house and 23% in a semi-detached or terraced house. Of the EU27 population, 18% lived in an overcrowded dwelling, while 16% lived in a dwelling where a leaking roof or damp were perceived as a problem, 7% considered their dwelling to be too dark, 4% had no indoor flushing toilet and 3% no bath or shower.

Just to show an example of how some of the Roma (gypsies) live in Europe.  Via FP: 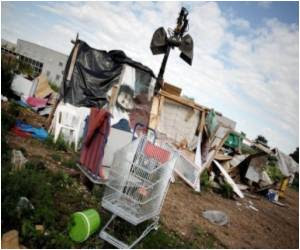 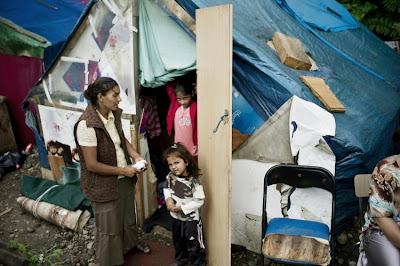 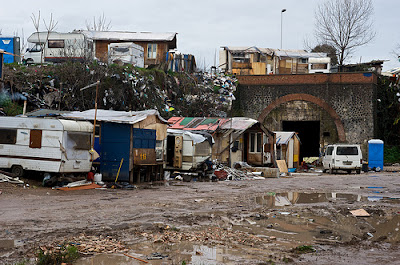 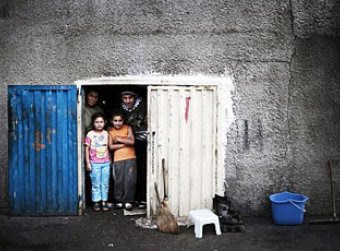