Fed's Fisher: I never supported Quantitative Easing, and I never will 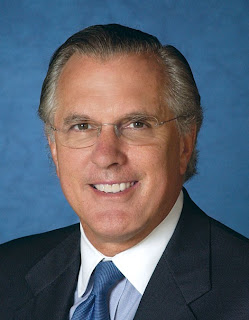 The biggest inflation hawk, Dallas Fed Chief Richard Fisher says that he wouldn't have supported QE2 had he been a voting member last year.  Via IMN:

Fisher said he opposed the Fed's $600 billion so-called "QE2" program and "would have voted against it" if he had been an FOMC voter last year. But now, he said, "I would expect it to run its course."

Fisher added the caveat that the FOMC is "going to keep reviewing the circumstances" surrounding the $600 billion purchase program, but reiterated, "Personally, I expect it to run its course."

After QE2 is completed, though, Fisher made clear he will not support further long-term Treasury purchases.

"I would not vote for another round of quantitative easing," he asserted.

Fisher left only the tiniest room for a change of heart. "I will oppose (more Q.E.) unless we receive new information or whatever -- some exogenous event occurs. ... I would dissent against any further programs."