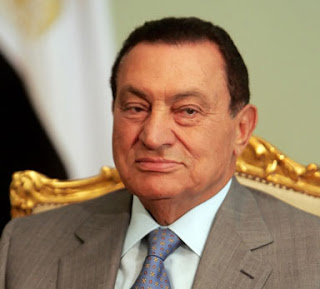 Translation of the statement made by the ex-President of Egypt, read by Egyptian Vice-President Omar Suleiman on state television announcing former president Hosni Mubarak’s resignation.  Due to the fact the Mubarak did not make that statement himself and because it was so short, this was a military coup-de-etat.  Now, the impatience and maybe wisdom of the Egyptian people are forcing a change.  Time will tell whether or not a true democracy springs from the ruins of Tahrir square. be Via Bikyamasr:


In the name of Allah the merciful, the compassionate

Amid these difficult circumstances the country is going through, president Muhammad Hosni Mubarak has decided to step down from presidency, he has delegated the supreme council of the armed forces to take charge of the country’s affairs

May Allah be our guide and our help.