By EconomyPolitics - February 17, 2011
The US has pioneered unique drilling methods to get more oil out of existing reservoirs.  These methods, if utilized properly will be able to boost our current production of 5 MM barrels per day and boost it up to 40%.   Right now, it is still in the experimental phase and utilized almost exclusively by US companies so the technology will first be used on US reserves, but of course will spread as others steal or are taught how to effectively squeeze more oil out of what was once a tapped well.

Effectively they breakup the rocks and catch all the oil that remains trapped in side pockets of the wells by flushing them out with a controversial soup of sand, water and chemicals.  Via WP:


Oil engineers are applying what critics say is an environmentally questionable method developed in recent years to tap natural gas trapped in underground shale. They drill down and horizontally into the rock, then pump water, sand and chemicals into the hole to crack the shale and allow gas to flow up.

Because oil molecules are sticky and larger than gas molecules, engineers thought the process wouldn't work to squeeze oil out fast enough to make it economical. But drillers learned how to increase the number of cracks in the rock and use different chemicals to free up oil at low cost. "We've completely transformed the natural gas industry, and I wouldn't be surprised if we transform the oil business in the next few years too," says Aubrey McClendon, chief executive of Chesapeake Energy, which is using the technique.

This is probably the most important technique pioneered in a generation.  And we haven't heard anything in it in the financial media.


"It's only been fleshed out over the last 12 months just how consequential this can be," says Mark Papa, chief executive of EOG Resources, the company that first used horizontal drilling to tap shale oil. "And there will be several additional plays that will come about in the next 12 to 18 months. We're not done yet."

Within five years, analysts and executives predict, the newly unlocked fields are expected to produce 1 million to 2 million barrels of oil per day, enough to boost U.S. production 20 percent to 40 percent. The U.S. Energy Information Administration estimates production will grow a more modest 500,000 barrels per day.

By 2020, oil imports could be slashed by as much as 60 percent, according to Credit Suisse's Morse, who is counting on Gulf oil production to rise and on U.S. gasoline demand to fall.

This find is still somewhat inconsequential in the big picture as North America production is still only 15% of the total and that includes the US and Canada.  If they increased that by 40% we are still only looking at 22% of the total, which is good, but you got to assume that the techniques pioneered will eventually catch on. 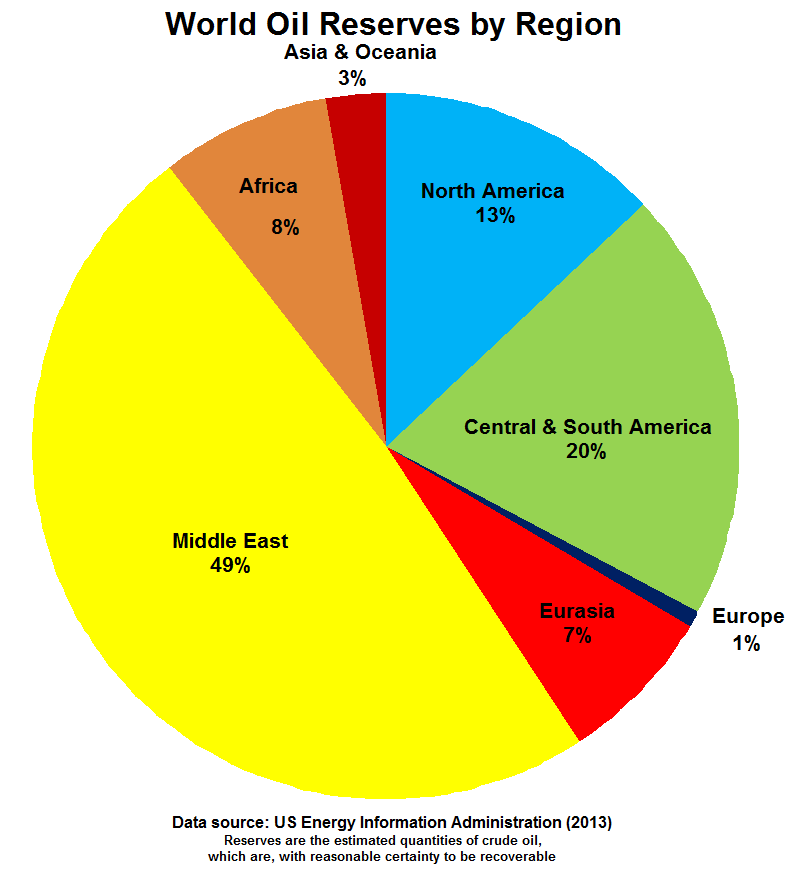 This opens up almost all oil fields West of the Mississippi.  Right now it is not used in offshore drilling, but that could change in the future.  See US oil and gas map below.  Via EIA:


Now newer fields are showing promise, including the Niobrara, which stretches under Wyoming, Colorado, Nebraska and Kansas; the Leonard, in New Mexico and Texas; and the Monterey, in California.