As US ducks leadership in Libya, Sarkozy steps up, proposing airstrikes on Libyan military targets 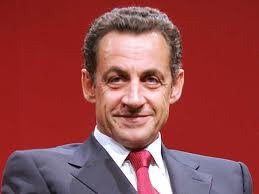 Sarkozy apparently is the only one in the west with the cojones to propose air strikes on Gaddafi's command headquarters.  He will be proposing the air strikes to EU leaders according to AFP.  It used to be that Europe waited for the US to put together a plan.  But Hillary Clinton has already denounced US leadership by her previous statements made to European press. Via Fox:


"I think it's very important that this not be a U.S.-led effort, because this comes from the people of Libya themselves," she told Sky News.

Apparently Sarkozy has already chosen the target.  Via TheAge:


At an EU summit on the Libyan crisis, he will propose "striking an extremely limited number of points which are the source of the most deadly operations" by forces loyal to Gaddafi, the source, who asked not to be named, said on Thursday.

The three sites being considered are Gaddafi's Bab al-Azizia command headquarters in Tripoli, a military air base in Syrte, east of Tripoli and another in Sebha in the south, the source said.