By EconomyPolitics - March 17, 2011
Don't get too excited over construction output increasing in Europe.  As you can see below, it is still in a freefall.  If anything, I would say that it will be getting worse before it gets better.  Via Eurostat: 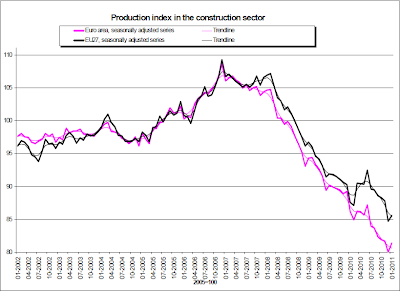